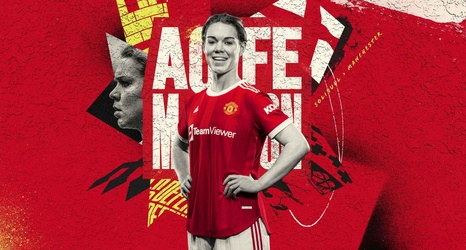 The 25-year-old defender joins the club after spending two seasons with Manchester City, and has also previously played for Birmingham City.

Mannion has represented England at various youth levels and received her first senior call-up in 2019.

“I’m delighted to be joining Manchester United. It’s a new chapter for me in my career and I’m just looking forward to working as hard as I can for this club. European football is obviously a big ambition here and would be the next step for the club, so to break into the Champions League with this team would be amazing.