Andy Murray brands Aussie Open fans copying Cristiano Ronaldo's iconic 'Siuuu' celebration 'incredibly irritating' and admits he thought he was being BOOED... while Nick Kyrgios claims 'it was a ZOO out there' 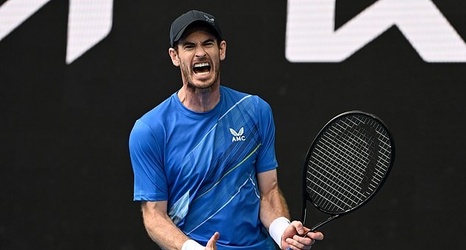 Andy Murray was under the impression that he was being booed by a section of the Australian Open crowd during his first round win - only to find out later that they were actually imitating Cristiano Ronaldo's famous 'Siuuu!' goal celebration.

The British former world number one made his displeasure clear during his post-match interview after beating Georgia's Nikoloz Basilashvili in five sets to get his Melbourne campaign up and running.

Portugal and Manchester United striker Ronaldo customarily runs to the corner flag on the pitch, leaps, spins and then lands with his arms outstretched as supporters join in from the stands roaring 'Siuuu!