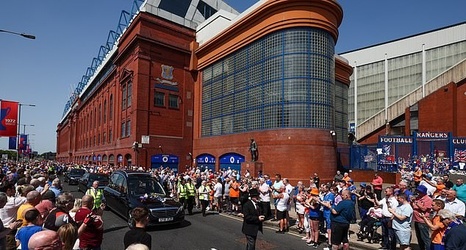 Ally McCoist lead a host of Rangers icons to pay their final respects to the club's legendary goalkeeper Andy Goram at a funeral service in Glasgow.

The former Ibrox and Scotland player, known simply to many as 'The Goalie', died after a short battle with oesophageal cancer earlier this month.

Hundreds of fans filled the streets in and around Ibrox to say their final farewells, before he was laid to rest.

The funeral procession made its way through the city before arriving at a service at Wellington Church in Glasgow on Monday afternoon.