Alexis Sanchez 'set to return to Manchester United at the end of the season with Inter Milan ready to turn down the chance to extend the £500,000-a-week flop's loan deal' 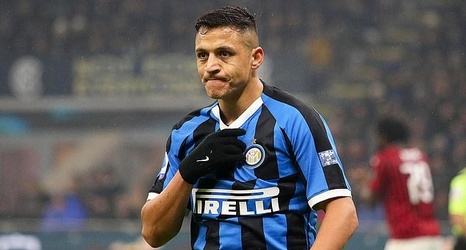 Inter Milan are reportedly set to turn down the chance to extend Alexis Sanchez's loan deal following what has been a disappointing season in Italy for the Manchester United player.

The 31-year-old has started just two Serie A matches during an injury-hit campaign and is now likely to return to Old Trafford before a decision is made over what to do about his long-term future.

The former Arsenal man still has two years remaining on his lucrative £500,000-a-week contract but has looked a shadow of the player he was since leaving the Emirates.