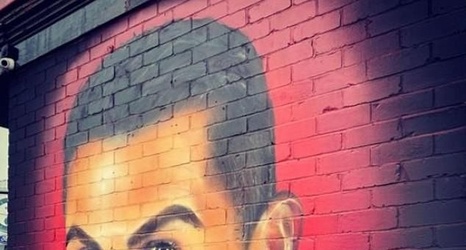 A new mural painted to celebrate Cristiano Ronaldo's homecoming at Manchester United has been savaged, with the superstar's likeness even compared to an infamous soap character by social media users.

The design has been created outside The Trafford pub in the city centre, a popular pre-match spot for supporters before they head across to United's ground - meaning it has already received attention, both good and bad.

Indeed, Ronaldo's drawing looks like Pat Butcher from EastEnders, fans have claimed, although it is only 'missing the earrings'.

'Is it me or does that "Ronaldo" mural look more like Pat Butcher?