A 17-year-old who idolises Ronaldo and has already trained with Messi, a striker with 600 youth team goals and the 15-year-old already playing for England... The Man United and Forest starlets to watch in the Youth Cup final 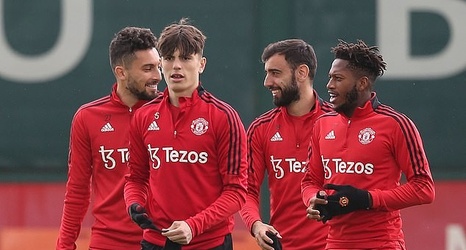 Manchester United and Nottingham Forest will contest the FA Youth Cup final in front of a record crowd of 65,000 at Old Trafford on Wednesday night.

It's the first time United have reached the final of the prestigious competition since 2011 and they are seeking to win the trophy for the 11th time.

Forest, meanwhile, are appearing in their first-ever final, having impressively seen off Chelsea in the semi-finals.

Ahead of the game, Sportsmail picks out five players from each team to keep an eye on in the final.

A name becoming increasingly familiar to every United fan after he came on to make his senior debut late in the recent 1-1 Premier League draw with Chelsea.