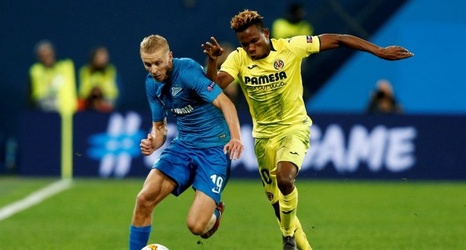 According to a recent report from Diario AS, Man City are in the race to sign promising Villarreal winger Samuel Chukwueze as a potential replacement for Leroy Sane – prompting some Sky Blues to debate the news on Twitter.

Chukwueze, who has been labelled ‘incredible‘ by ex-Barcelona striker Samuel Eto’o, is reportedly turning the heads of Premier League suitors – as well as City who are on the look out for a Sane successor following a year-long transfer saga.

The Nigerian has started 13 La Liga matches for his side this season, scoring three goals and assisting one teammate, but only Raheem Sterling has managed more successful dribbles attempts per 90 in the league.