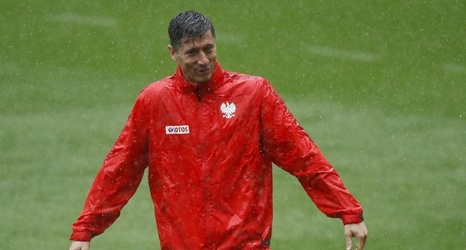 Manchester City are on the hunt for Sergio Aguero’s replacement and AS surprisingly say Robert Lewandowski is on their radar.

The report from Spain suggests City, Chelsea, Manchester United, Real Madrid and Paris Saint-Germain are among the interested parties, claiming Lewandowski is open to a change this summer, but it’s hard to see this being true.

The 32-year-old has two years left on a four-year deal signed in 2019 and is in the form of his life at Bayern Munich. The Bundesliga champions have no intention of selling Lewandowski either, so clubs will be knocking on deaf ears if they try to put forward a proposal.