'We know what we have to do': Pep Guardiola insists Man City are focused on beating Aston Villa to retain the Premier League title - calling their fate a 'privilege' going into season finale 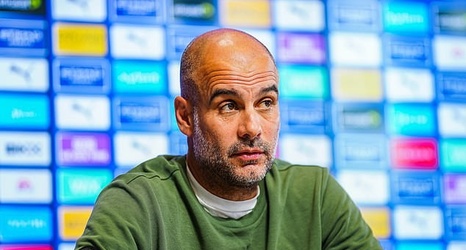 Manchester City are not relying on any Liverpool slip-ups on Sunday, with Pep Guardiola's side determined to beat Aston Villa to secure the Premier League title on the final day of the season.

Victory will see City retain the title regardless of second-placed Liverpool's result against Wolves.

And Guardiola insists his side are focused on the task in hand.

He added: 'We know what we have to do. Be ourselves, give everything we have to win the game.'

Winning the title would be Guardiola's fourth in the last five seasons at City but it would be the first he has actually secured at the Etihad Stadium.