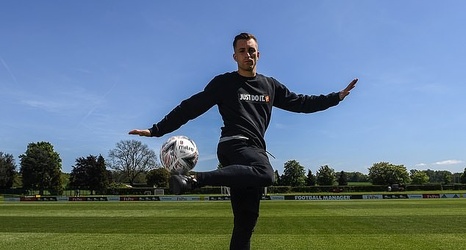 A little over five minutes into our interview and Gerard Deulofeu starts to motion with his right hand.

It’s not exactly a conversational aid but it’s not meant to be. What the young Watford midfielder is actually trying to do is indicate that the interview is over.

‘I said I would do ten minutes,’ he says.

I point out that we have been talking for seven, and that ten minutes is not an awfully long time for an interview arranged to set up the showpiece finale of the English football season.