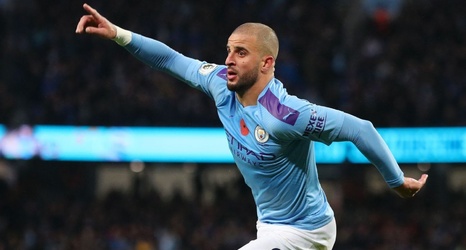 MANCHESTER, England -- Kyle Walker scored a late winner as Manchester City came from behind to beat Southampton 2-1 at the Etihad Stadium.

Walker's third goal for the club came four minutes from time to complete a second-half comeback ahead of the crucial clash with Liverpool at Anfield next weekend.

James Ward-Prowse had capitalised on Ederson's mistake to put Southampton ahead after 13 minutes and despite an impressive defensive performance from the visitors, Sergio Aguero equalised on 70 minutes from Walker's cross before the England right-back won the game with his first goal of the season.