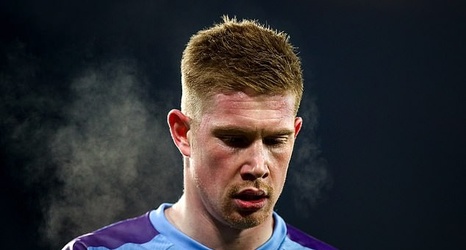 Kevin De Bruyne has cast doubt over his long-term future at Manchester City if a two-year Champions League ban is upheld.

City were handed the ban in February for an alleged breach of Financial Fair Play rules but immediately issued a statement vowing to appeal the punishment.

The midfielder says City have assured him and his team-mates that UEFA's decision will be overturned on appeal with the Court of Arbitration for Sport.

That appeal process has yet to start and De Bruyne, 28, has admitted that while he could accept a one-year suspension, the prospective of two seasons out of Europe may prove difficult to countenance.