'There's obviously been some bust-up!' Roy Keane believes 'something is going on' with Raheem Sterling and his Manchester City manager Pep Guardiola after the £100m signing of England team-mate Jack Grealish 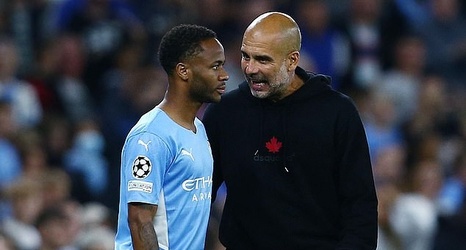 Roy Keane believes there has been a bust-up between Raheem Sterling and his manager Pep Guardiola at Manchester City.

England star Sterling, off the back of an impressive Euro 2020 with his country, has started just two of City's seven Premier League games so far this season.

Despite his lack of starts, Gareth Southgate named the 26-year-old in his starting XI for Tuesday's World Cup qualifier against Hungary and Keane says while the England boss still trusts Sterling, something is untoward in Manchester.

'He’s (Southgate) is a big fan of Raheem, no matter his problems with his club,' the ex-Manchester United captain told ITV.