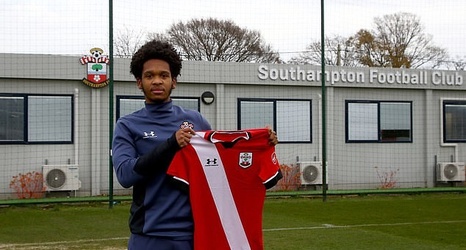 Southampton youngster Diamond Edwards is attracting interest from a number of clubs after making an impressive return from injury.

The exciting 18-year-old was on the losing side as Southampton went down 2-1 to Manchester City in the U18s Premier League Cup final last week but his impact on the game did not go unnoticed.

Edwards is strong on the ball and has the ability to take players on, however, the teenager's work ethic and willingness to press City's slick passing side also caught the eye while he almost grabbed the equaliser with a clever chip that went just wide of the post.