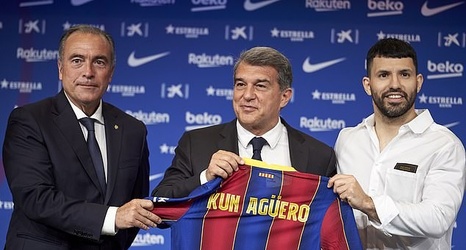 Sergio Aguero has insisted that a Lionel Messi-related exit clause in his Barcelona contract does not exist.

The Argentine forward, who joined Barcelona in the summer as a free agent after his deal with Manchester City ended, was said to be attracted to the club to play alongside Messi.

So when Messi was unable to re-sign with Barcelona and joined PSG on a free transfer, Aguero was said to be disgruntled and there was even whispers of cancelling his contract.

But the 33-year-old striker says there was never any such release clause and he remains fully committed to his new club despite Messi's departure.