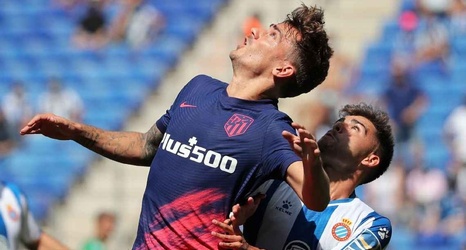 Two big players returned to their former clubs and had very different "debuts" in Cristiano Ronaldo at Manchester United and Antoine Griezmann at Atletico Madrid, while Bayern Munich showed how they're still the clear front-runners to win the Bundesliga this season and make it a stunning 10 titles in a row.

Here's the big stuff you need to know from the soccer weekend around Europe.

Jump to: Talking points | Best goals | Teams in trouble | MVP of the Weekend

Not an easy "second debut" for Griezmann

The 58 minutes Antoine Griezmann spent on the pitch during Atletico Madrid's dramatic 2-1 win at Espanyol on Sunday were all it took to demonstrate that his reintegration after two years in Barcelona is very much still a work in progress.