Ronald Koeman reiterates plan to do 'everything we possibly can' to keep Lionel Messi at Barcelona... while refusing to talk about the club meeting Erling Haaland's agent Mino Raiola 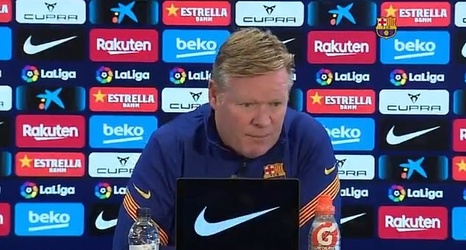 Ronald Koeman has said that Barcelona will do 'everything we can' to keep hold of Lionel Messi at the end of the season.

Messi's future still remains in doubt, although observers say there is possibly cause for optimism among Barca fans as Manchester City's interest in Messi has cooled and the player seems more committed to the club than in recent times.

Neymar has also reportedly delayed new contract negotiations at PSG over a potential reunion with Messi at the Nou Camp.

However, Koeman made plain he was taking nothing for granted.