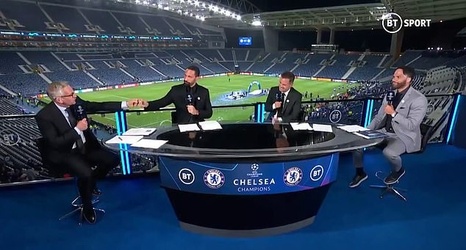 Chelsea's 1-0 Champions League triumph against Manchester City in Porto was Lineker's last time leading BT's European coverage, as he has announced he will step down from that role so he can watch his club Leicester in Europe with his sons.

And iconic former Manchester United defender - and fellow BT pundit on the evening - Rio Ferdinand gave a heartfelt tribute to Lineker for his work during his spell as host.