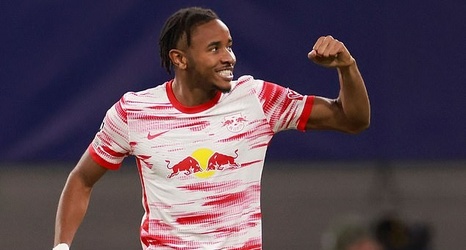 Real Madrid have reportedly been offered the chance to sign Christopher Nkunku from RB Leipzig next summer.

The French midfielder, 23, has impressed during his time with the Bundesliga club having joined from Paris Saint-Germain in July 2019.

Nkunku has scored 21 goals in 94 appearances for Leipzig including a hat-trick in their 6-3 Champions League defeat to Manchester City last month.

However, according to Mundo Deportivo in Spain, Nkunku's agent Pini Zahavi has contacted Real Madrid to sound out a potential deal at the end of the season.