Phil Foden and his team APPROVED his social media post calling out Kylian Mbappe in advance, say the company he's cut ties with over Twitter clanger, in defiant response to Man City star's fury at their use of his accounts 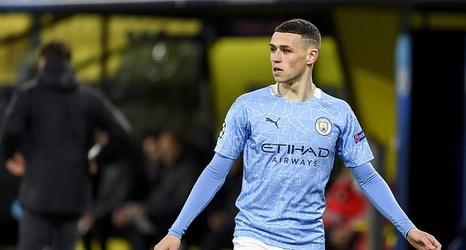 Phil Foden and his team approved of the social media post that challenged Kylian Mbappe, claim the company that formerly managed the Manchester City star's online accounts following the Twitter clanger this week.

Foden, 20, was reportedly left furious following City's Champions League quarter final win over Borussia Dortmund on Wednesday night after a tweet from his account asked PSG star Mbappe 'are you ready?' ahead of their semi final clash.

The youngster was not impressed with the post, one that was not deemed to reflect his personality, and the decision was taken on Thursday to part ways with Ten Toes Media.