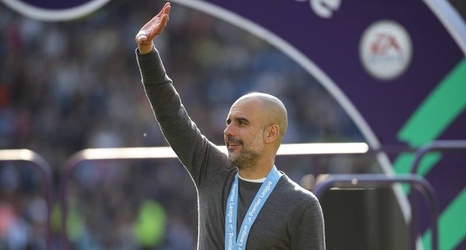 Pep Guardiola has said Manchester City will not pursue a move for Atletico Madrid's Antoine Griezmann this summer as they "can't afford him."

The French forward announced earlier this week that he will leave Atleti this summer, and it is widely expected Barcelona will pay his release clause of €120 million (£105 million), per BBC Sport.

Reports subsequently emerged, though, that City would challenge Barca for Griezmann's signature, as the Guardian's Jacob Steinberg highlighted.

But, speaking ahead of City's FA Cup final against Watford, Guardiola rubbished the rumours:

Pep: "@ManCity is not going to buy Griezmann.