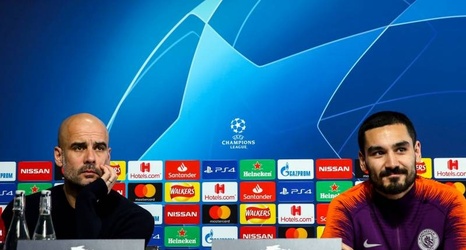 Manchester City coach Pep Guardiola singled out Ilkay Gundogan after Wednesday's 3-0 win over Shakhtar Donetsk in the UEFA Champions League, praising his performance just days after he drew criticism for his outing in the 3-2 loss against Norwich City.

Per Stuart Brennan of the Manchester Evening News, Guardiola was asked whether the German doesn't get enough credit, and he pointed out how pivotal he was in last year's Premier League title run:

"Definitely, but he gets the credit from all of us, not just myself. He's an exceptional player. Also he knows how good he has to play, as there are many others in that position.