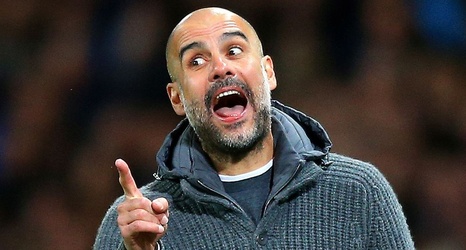 Manchester City manager Pep Guardiola has said the club have spent a year-and-a-half trying to get Leroy Sane to agree a new contract.

After a breakthrough 2017-18 campaign, Sane has struggled to maintain a regular spot in Guardiola's all-conquering outfit this season, with Bernardo Silva and Raheem Sterling often on the flanks. As a result, there has been some speculation regarding his future.

Ahead of City's FA Cup final with Watford on Saturday, Guardiola was asked about the 23-year-old's season of ups and downs as well as his long-term future, per James Ducker of the Daily Telegraph:

"With Leroy we are one and a half years trying to sign his [new] contract.