Pep Guardiola: Man City Have 'Many Things to Play For' After United Derby Defeat 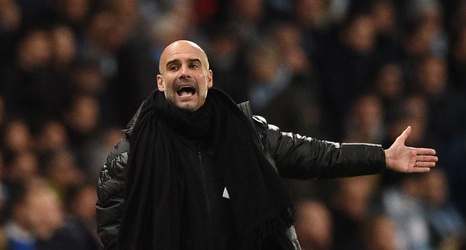 Manchester City manager Pep Guardiola has said there are "many things to play for" this season despite a 2-1 loss at home to rivals United on Saturday, leaving them 14 points adrift of Premier League leaders Liverpool.

City travel to Dinamo Zagreb in the UEFA Champions League on Wednesday but are already assured a first-place finish in Group C, while they're set to meet Oxford United in the Carabao Cup quarter-finals.

Guardiola spoke to reporters after the loss at home to United and assured his side will fight on regardless of Liverpool's form, with the Reds still yet to lose a domestic game this term:

"We have to try to continue, there are many things to play for.