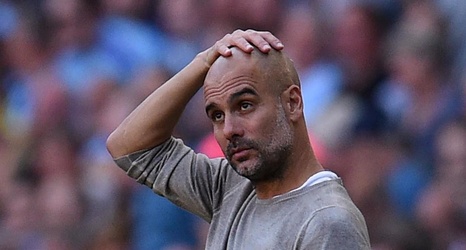 Pep Guardiola is in no doubt about the scale of the challenge facing Manchester City in this season's Premier League title race. City trail leaders Liverpool by two points after putting eight goals past Watford at the Etihad Stadium on Saturday, but Guardiola doesn't think the goal rush was a statement.

Instead, he thinks the Reds, who play Chelsea at Stamford Bridge on Sunday, are a team without equal in his career:

Pep has no doubts about his Man City but says assessment should be based on how good @LFC are: "I see my players in training every day.