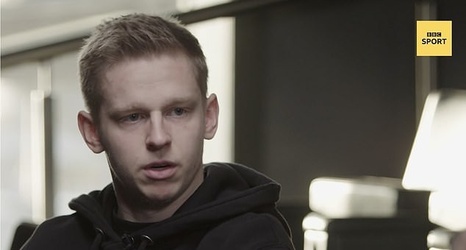 Manchester City left-back Oleksandr Zinchenko admits he is at a loss to explain why most of Russia's footballers have kept quiet over their country's brutal invasion of Ukraine.

Zenit St Petersburg goalkeeper Stanislav Kritsyuk broke the silence from Russian footballers to say his team-mates can no longer hide behind 'separating politics and sport'.

Russia captain Artem Dzyuba, on the other hand, described war as a 'frightful thing' in a statement on Instagram and spoke of his pride in his nationality, but hit back at Ukrainian footballers 'who sit on their a** in mansions in England' for criticism of him.