MICAH RICHARDS: With Man City playing Chelsea, Paris Saint-Germain and Liverpool away in just eight days... after a mixed start, the time is now for boss Pep Guardiola to remind us of his genius 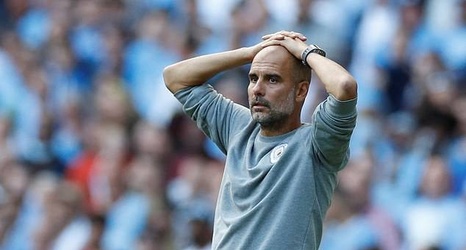 There is a phrase in football that you will hear almost on a weekly basis: one game at a time. The implication being that nobody looks too far into the future.

It’s a nice line but the reality is different. When you have eight days like the kind Manchester City are facing, as a player you cannot help but look ahead to the context of different fixtures and, for managers, the preparation for such a period will have started well in advance.

City won’t win anything between now and next Sunday but once they have completed trips to London, Paris and Merseyside, they will have a fair idea of what the season has in store for them – whether they are the team to beat or whether they will be the ones doing the chasing.