Manchester City: What will Pep Guardiola's team look like this season? 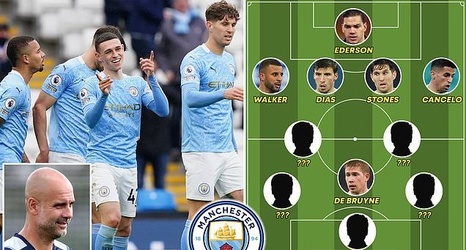 The new season is fast arriving and it appears only a matter of time until Manchester City delve fully into the transfer market.

After wrestling the league title back from rivals Liverpool, Pep Guardiola has made no secret of his desire to improve his senior ranks.

The Spaniard is desperate for an elite level striker to replace the departed Sergio Aguero, while creativity is also needed in the midfield to keep City moving nice and fluidly around talisman Kevin De Bruyne.

City are waiting for the perfect moment, given that any big spending in the transfer market will immediately have a knock-on effect across the Premier League and beyond, with transfer fees fluctuating as more clubs obtain more money to spend with.