Manchester City 'shut down academy building at training ground after Covid outbreak among Under 18 and Under 23 squads... with Pep Guardiola's early pre-season plans hampered by lack of youngsters available for friendly against Preston' 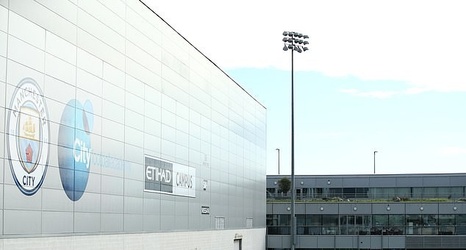 Manchester City have shut down a section of their training base and authorised a deep clean after several academy starlets tested positive for Covid-19, according to The Athletic.

The Premier League champion's under-18 and under-23 sides were set to travel to Loughborough for a training camp this week but those plans have been curtailed after five players tested positive.

Youngsters who returned negative tests initially continued to train at the club's training ground, however further positive cases has resulted in the academy building being closed off for the forthcoming 10 days.