Man City will be without 24-year-old against Real Madrid, player ‘isn’t yet match fit’ 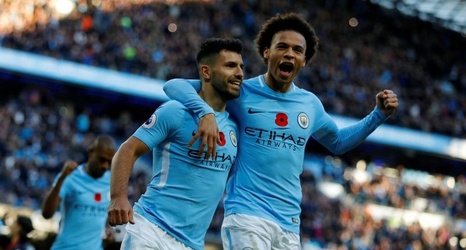 Manchester City have confirmed that Leroy Sane will miss Wednesday’s Champions League clash with Real Madrid because he ‘isn’t yet match fit’. The 24-year-old suffered an anterior cruciate ligament injury in City’s Community Shield win over Liverpool (August 4, 2019) and only returned to training last month.

City are managing his fitness and aren’t going to rush him back into action. Sane has played just 13 minutes of football all season so he may need non-competitive games before he’s ready to feature under Pep Guardiola again.

The Sky Blues aren’t short of options in his stead.