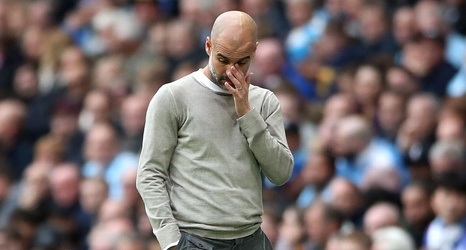 MANCHESTER, England -- Pep Guardiola has said his Manchester City team make too many mistakes to be considered Champions League contenders.

City face Atalanta at the Etihad Stadium on Tuesday looking to make it three wins from three in Group C.

The Premier League champions are favourites to lift the trophy in Istanbul in May ahead of Barcelona, Liverpool and Bayern Munich but Guardiola sees too many flaws to believe he is on track to win the competition for a third time after success with Barcelona in 2009 and 2011.