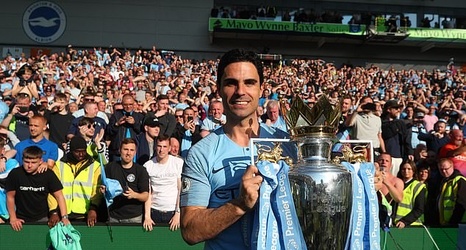 Mikel Arteta is being lined up as a possible candidate to replace Bruno Genesio as Lyon manager, according to reports in France.

Arteta, Pep Guardiola's assistant manager at Manchester City, was heavily linked with the Arsenal job last summer before they turned to Unai Emery.

The Spaniard has impressed in helping Guardiola retain the Premier League title at the Etihad Stadium and could now be ready to go solo.

According to French newspaper L'Equipe, Arteta is being ‘studied’ as a candidate for the hot seat at Lyon.