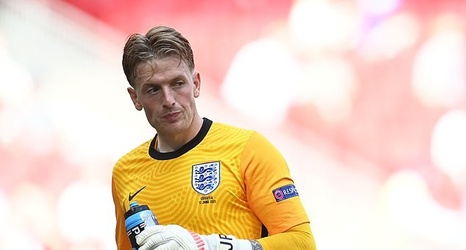 Jordan Pickford has vowed to improve the quality of his kicking but will not be deterred from sending the ball long.

England’s goalkeeper ended up having a frank exchange of views with team-mate John Stones during the 1-0 defeat of Croatia, as the Manchester City defender became exasperated and wanted to know why Pickford wouldn’t play short.

Pickford accepted some of his distribution was not as good as should it be — there were a couple of moments in the last 10 minutes when he hammered the ball straight out of play to invoke Stones’ wrath — and knows it needs to be better against Scotland.