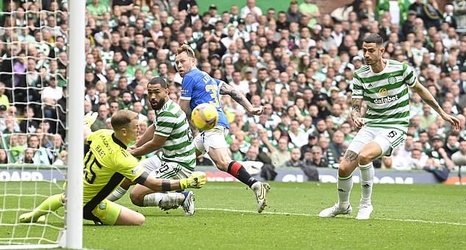 Winner of two English league titles with Manchester City, Joe Hart will take nothing for granted.

Yet the superb save the former England goalkeeper produced to deny Scott Arfield a Rangers winner felt like a title-winning moment for Celtic.

The mathematics say ‘not yet’. Six points and 19 goals clear with three games to go, victory over Hearts at home next Saturday would effectively win one of the unlikeliest titles in Parkhead history.

Fail to claim the full three points there and victory over Dundee United or Motherwell in their final games would have much the same effect.