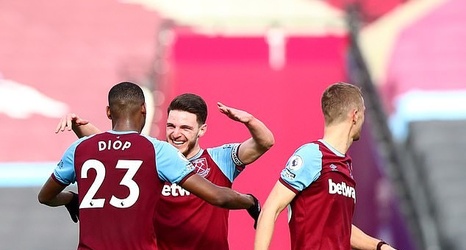 Joe Cole has said West Ham qualifying for next season's Champions League would be one of the biggest accomplishments in the club's history.

The Hammers put on a spirited performance despite falling to a 2-1 defeat to runaway leaders Manchester City, in Saturday's early kick-off.

West Ham could slip out of the top-four by the end of the weekend, should Chelsea beat Manchester United on Sunday.

But Cole praised West Ham's performance and said it would be a huge achievement for the club to achieve a top-four finish.