'It was a mystery': Jack Grealish's agent SLAMS Gareth Southgate for taking off the £100m England star during draw with Hungary, claiming the Three Lions boss 'doesn't think he fits into his type of team' 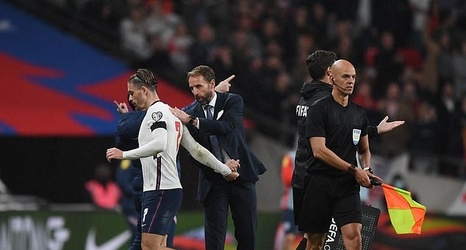 Jack Grealish's agent has slammed Gareth Southgate for taking the midfielder off during England's World Cup qualifying draw with Hungary last week, claiming the Three Lions boss does not rate the £100million man.

The Manchester City star was hauled off in the 62nd minute with the scores at Wembley still tied at 1-1, with the England supporters inside the ground jeering Southgate's in-game decision.

The Three Lions were frustrated against their Hungarian opposition last week, with the scores remaining at one each at the full-time whistle, with Grealish's representative Jonathan Barnett questioning that substitution in particular.