IAN LADYMAN: James Maddison could be one of Leicester and England's most important players... the supremely talented midfielder needs to take inspiration from Jack Grealish and get his career back on track 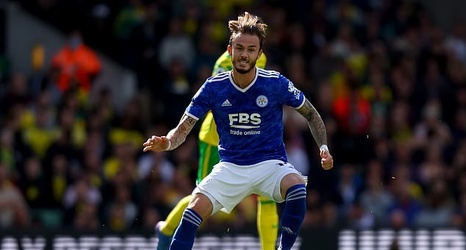 One of the most compelling games of football I attended just before the pandemic hit was the Carabao Cup semi-final, second leg between Aston Villa and Leicester in January 2020.

Villa won the game but what struck me were the performances of Jack Grealish and James Maddison. Both were outstanding in a fabulous game.

Since that night, Grealish has moved forwards. He is a Manchester City and England player and on the evidence of Saturday's game against Arsenal, looks at home under Pep Guardiola already.

Maddison, on the other hand, has a little to do to inject some momentum back in to his career.