'I can stay in Rome or go to the pouring rain of Merseyside to play for Everton? Please don't ask me that one again': What Edin Dzeko said off-air to BT Sport presenters when asked whether he could move to Toffees last season 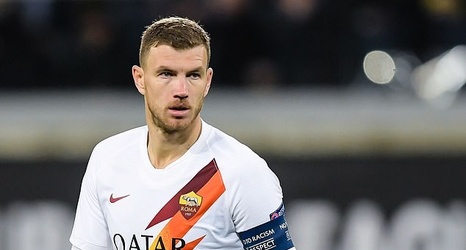 Edin Dzeko poured cold water on a potential move to Everton last season because of the 'pouring rain of Merseyside', it has been revealed.

Dzeko previously played in England for Manchester City before moving to Italy with Roma, and it appears he has no desire to return to the colder British climate any time soon.

Discussing why some players prefer moves to LaLiga or Serie A than the Premier League, BT Sport commentator Ian Darke explained to ESPN FC's Extra Time that weather does play a part.

'I do think climate comes into it,' he said.