'I am very sorry to see him in this condition': Roberto Mancini admits his sadness that Mario Balotelli has failed to fulfil his potential with former Man City and Inter Milan striker still a free agent after leaving Brescia 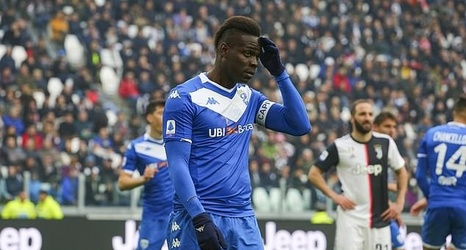 Roberto Mancini has this week expressed his sadness to see his former striker Mario Balotelli without a club and seemingly unwanted after being released by Brescia.

Now aged 30, Balotelli was once hailed as one of the brightest and most exciting talents in European football, but finds himself as a free agent and temporarily out of football.

Mancini - now manager of the Italian national team - was the man responsible for handing Balotelli his Serie A debut with Inter Milan at the age of just 17, and is filled with sadness at the current state of his once starlet.