'His discontent was clear': Ronald Koeman reveals he visited an unhappy Lionel Messi at his mansion to hold face-to-face talks with the Barcelona star following his transfer request in the summer 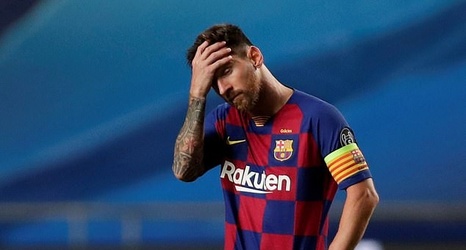 Ronald Koeman has revealed he went to Lionel Messi's mansion to hold face-to-face talks with him about his future after being appointed Barcelona boss.

The Argentina star shockingly handed in a transfer request in August following the club's humiliating 8-2 defeat to Bayern Munich in the Champions League, with Manchester City, PSG and Inter Milan all linked with sensational moves for the 33-year-old.

But with Barcelona and LaLiga insisting that his £634million (€700m) release clause be met, the Argentine decided against taking legal action - despite believing he should have been allowed to leave for free due to a clause in his contract - and eventually stayed for this season.