'He has to give more': Italy manager Roberto Mancini challenges Mario Balotelli to play better if he wants to play for his country at next year's European Championships 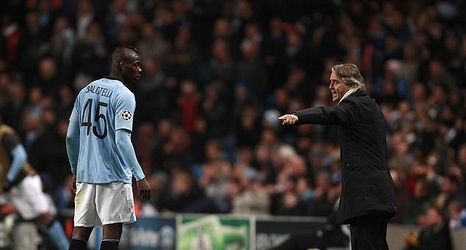 The Azzurri boss worked with Balotelli at both Inter Milan and Manchester City and was called up to the national team for the first time in four years by Mancini in the summer of 2018.

However, Balotelli was dropped again a few months later by Mancini and the Italy manager has challenged the striker to improve his game at Brescia if he wants to appear for his country again.

Mancini told Sky Sports: 'In terms of the qualities he [Balotelli] has, he is one of the best around, but that's not enough.