Gary Lineker to step down as BT Sport's presenter for Champions League coverage after six years in the role... as he reveals plans to spend weekday evenings watching Leicester in Europe with his sons 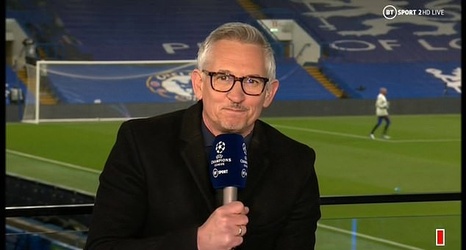 The 60-year-old, who also presents BBC's Match of the Day programme, has been the lead host of the channel's Champions League matches since 2015 but will quit after the Lisbon showpiece event this weekend.

Lineker revealed he rejected a new deal with BT, and claims he wants to spend more time with his family, including plans to go follow boyhood club Leicester City around Europe after they qualified for the Europa League once again.