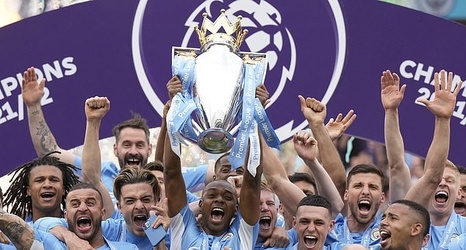 Disaster is not a word associated with much around the Manchester City training ground. But that is how the England team have been playfully described this season.

Not that England team. No, this is the homegrown group among Pep Guardiola's squad. They were, for a lengthy spell, perennial losers in the sort of games that provoke a competitive edge before training sessions start.

The other three teams took great delight. These are muck-about mini tournaments, which might include a crossbar challenge or head tennis, all fairly simple stuff. Contests do not happen every day but often enough to give bragging rights.