From six-time winners to permanent owners! Manchester City's Sheikh Mansour buys oldest surviving FA Cup trophy for £760,000 at auction - with club winning this silverware for the first time in their history in 1904! 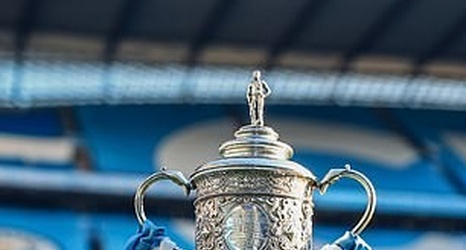 David Gold, the co-owner of West Ham, opted to sell the cup last year and there were fears that the trophy - in use between 1896 and 1910 - could disappear from the UK.

Mansour stepped in to buy the second edition of the FA Cup, considered an item of international historic significance by the Arts Council, at auction in September. City will loan the trophy to the National Football Museum indefinitely.

The specific trophy holds special significance for City, whose victory in 1904 was their first taste of success and is credited with switching the region's loyalties away from rugby.