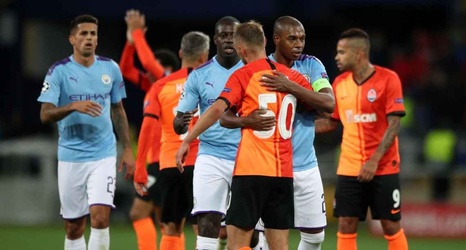 KHARKIV, Ukraine -- And just like that, Manchester City are back on track.

In theory their trickiest Champions League trip negotiated at a canter, beating Shakhtar Donetsk 3-0. Plenty of the ball, plenty of goals and a clean sheet for a patched-up defence. On a chilly night in Ukraine, the Norwich horror show felt like a distant memory.

Pep Guardiola's team have a habit of putting things right quickly, and the last time they lost a game -- against Tottenham in the Champions League quarterfinals in April -- it was followed by eight straight wins.