Explained: Do Man City have buyback clause for Jadon Sancho? 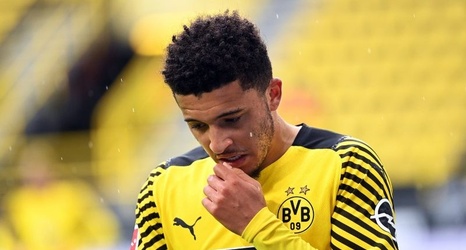 Manchester City might be keeping tabs on Jadon Sancho’s situation after Manchester United had their opening bid rejected for the 21-year-old, but it remains to be seen if they’ll make an official move this summer.

City let Sancho leave in 2017 and have been interested in strengthening out wide amid linked with Jack Grealish, so a player like Sancho might indeed be on their radar.

And given the England international had a lot of potential before exiting the Etihad Stadium, you’d expect City to have a buyback clause attached to his contract at Dortmund.

Stuart Brennan of Manchester Evening News said in 2018 that City had first refusal for Sancho if they matched the top bid for the 21-year-old, but it seems the only connection they have with their former player is a sell-on fee.