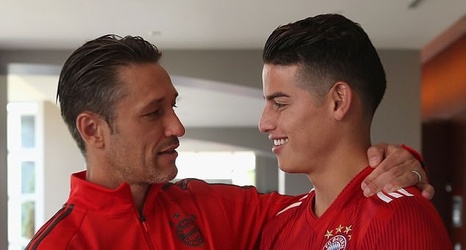 Details have emerged of Bayern Munich's party group - spearheaded by James Rodriguez - that openly defied new manager Niko Kovac in 2018 after taking over the German giants.

Kovac and Bayern were on a pre-season tour of Miami where the Croatian coach was putting his stamp on the team he had inherited from Jupp Heynckes with a series of gruelling training sessions, culminating in a friendly against Manchester City.

According to Bild, the players were expected to be rewarded for their hard yards by being allowed a night out in Miami, only for Kovac to snuff out the plans.