Euro 2020: Jorginho and Emerson complete Champions League and Euros double... but who else has? 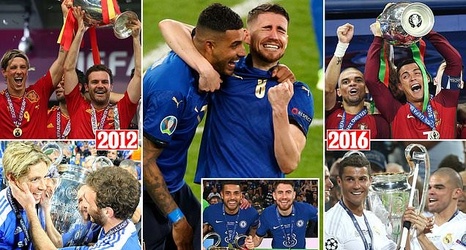 In the end, it was Italy's night. The Azzurri triumphed at Wembley on penalties in a dramatic finale to Euro 2020.

For England, it's a huge opportunity gone. And for Mason Mount, Reece James and Ben Chilwell, a chance for a dream summer of European glory escaped them.

Yet for two of Italy's squad members - Jorginho and Emerson Palmieri - it completed a historic double, becoming the 10th and 11th players to win the Champions League and European Championship in the same summer, after Chelsea's victory over Manchester City in May - but who else has completed the rare feat?