Erling Haaland 'would prefer to join Real Madrid if he leaves Borussia Dortmund in 2022'... but the star striker 'is a fan of English football' amid interest from Man United, City, Chelsea and Liverpool 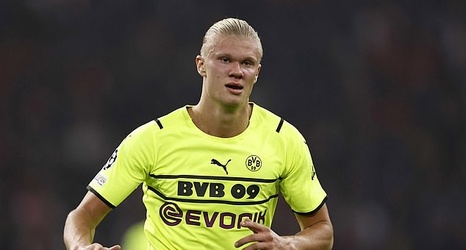 Erling Haaland's ideal destination if he leaves Borussia Dortmund in 2022 has been revealed as Real Madrid, according to reports.

The star striker is one of the most coveted players in world football after scoring 70 goals in just 69 appearances in all competitions for the German side, including 13 in 10 this season, after joining from Red Bull Salzburg in January 2020.

And Goal state that Haaland is leaning towards a move to the Bernabeu, but add he has not made a final decision amid transfer interest from Premier League sides Manchester United, Manchester City, Liverpool and Chelsea.