Erling Haaland would be 'devastating' at Liverpool but Manchester City is the 'likely destination' for Borussia Dortmund's lethal striker, claims Rio Ferdinand 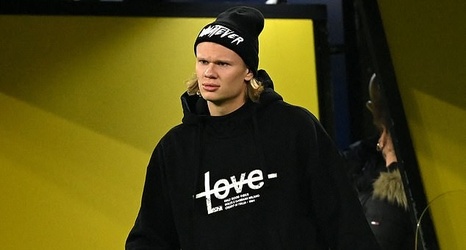 Erling Haaland would be 'devastating' in Liverpool's attack but is still most likely to end up at Manchester City, according to Rio Ferdinand.

The ex-Manchester United defender spoke about where he sees the Borussia Dortmund star fitting in in the Premier League.

A host of top clubs have registered their interest in the prolific Norwegian striker but Ferdinand sees Liverpool and City at the front of the queue.

'If I was Liverpool I would take him right now,' he told BT Sport.